Oreo’s famous Super Bowl tweet in 2013 quickly capitalized on an unexpected moment, bringing their brand into the spotlight during one of America’s most watched televised events. Ever since, others have tried to inject their brand into trending news stories to replicate Oreo’s success. While some brands have been successful, many others have had to issue public apologies for their tweets.

When Prince unexpectedly passed away the world was in mourning. Brands joined social media in expressing their condolences. Cheerios, however, was criticized after posting a photo on Twitter that replaced the dot on the “i” in Prince to a Cheerio. Similarly, Cinnabon faced backlash after paying their respects to Carrie Fisher when she passed away. Their tweet tying their cinnamon buns to Carrie Fisher’s iconic hairstyle in Star Wars didn’t go over well with the public. 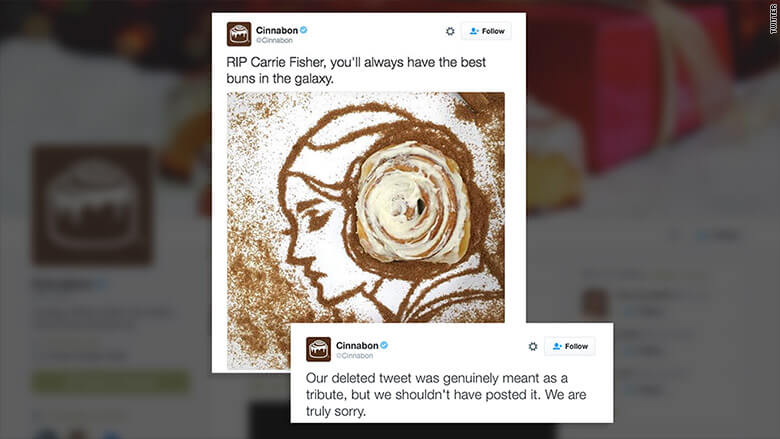 Bottom line: Trying to capitalize on a trending event with a thinly veiled product pitch is disrespectful and your consumers know it. Had both of these brands left their product out of it, their condolences would have gone unnoticed. However, this lends itself to a greater question: Does anyone care if a brand comments on a celebrity death? Or any other current event for that matter?

Marketers have been shouting, “Humanize your brand!” for years, but companies can take this advice too literally. While it’s important for your brand to have a personality that fits its core consumer base, it doesn’t make your brand a person. Because of this, it normally doesn’t make sense for brands to comment on current events unless they are directly tied to them.

Before deciding to jump on a band wagon consider these questions:

When the Damn Daniel vine went viral it made sense for Vans to comment on it. The video was all about Daniel and his white Vans after all. And when President Trump announced the U.S. would be pulling out of The Paris Climate Accord, it made sense for Patagonia to be vocal about the issue since their brand caters to avid outdoor enthusiasts.

Broad events, like the anniversary of September 11th, rarely require brand commentary too. In fact, AT&T was criticized after posting a photo that included a phone to commemorate the attack’s anniversary. On the other hand, Verizon recognized the gravity of the day and chose not to create their own commemorative post. Instead, they remained silent on the anniversary in memory of those who lost their lives. 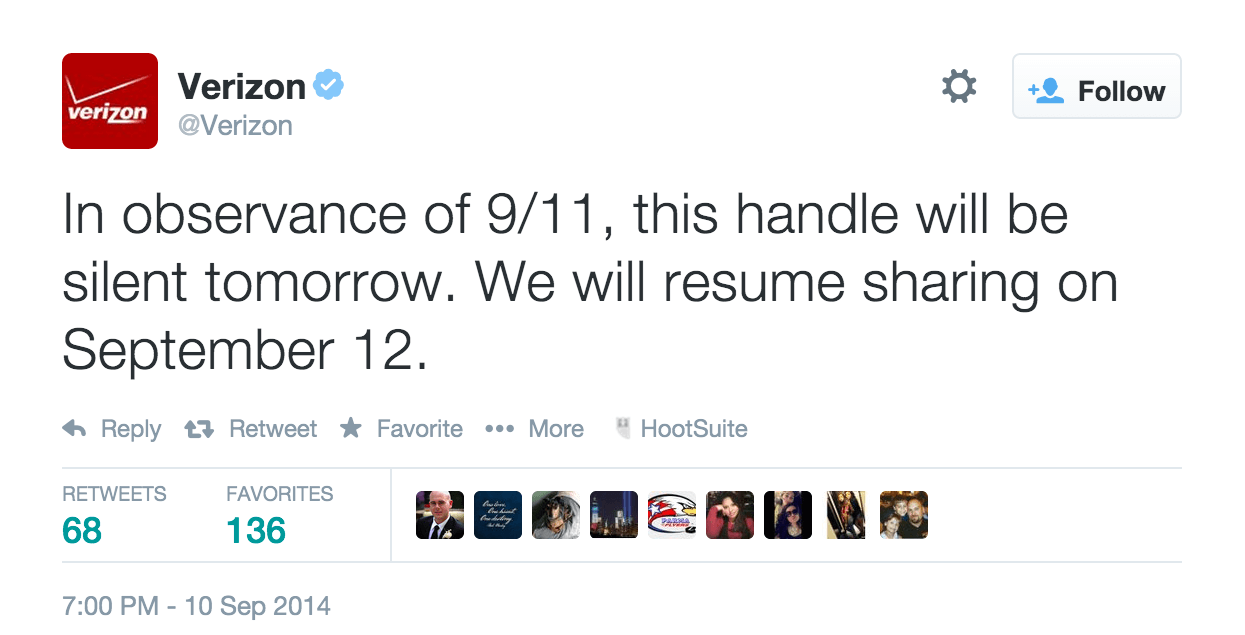 To avoid PR nightmares brands should abandon the mentality that every trending story requires a post. Instead, they should view every story through the lens of their audience and what matters most to them. Just because a story affects everyone doesn’t mean it makes sense for a brand to comment either. At the end of the day, brands have to learn that humanizing themselves does not make them human.

Nicole has a passion for telling stories through multimedia. Her experience spans across industries from consumer brands to B2B clients. With a differentiated point of view, her experience allows her to find the story in any brand and tell it in a unique and engaging way to communicate effectively with their audience.